Zapman (also known Charles "Charley" Bones) is Mona's best friend. He wears glasses, and is an intelligent but scared boy in real life. His alter ego is Zapman, who wears a green costume and is armed with a deadly Zapp-A-Rama Gun (a toy water pistol in reality).

Charley is bullied by George at school, but has stood up to him once or twice. Charley has fallen prey to some of Mona's foes including the Nefarious Computer Virus and falls in love of Lucie Lanning a Siren (defeated by Mona, who was cast as Athena in the school production of Odysseus' adventures). Charley knows a lot about science.

Although he, like his friends, has a strong imagination he often needs Mona's help initially to see the "Strange things" suggesting he is slightly more grounded to reality although he is normally convinced unless the plot requires him to be a victim of the villain, when he usually ignores his friends. His hero is a daredevil known as the Man With Nine Lives, who he saves from being killed thanks to the Menacing Mechanical Gremlins. Always ready for action as his alter ego Zapman, Charley is the friend of Mona's most likely to get into as much trouble as she does. He has a mother and five sisters, but no brothers or a father. 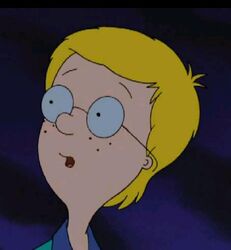 His identity and in pajamas. 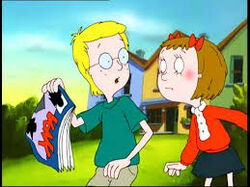 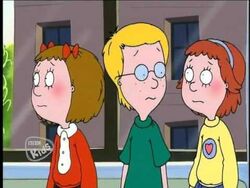 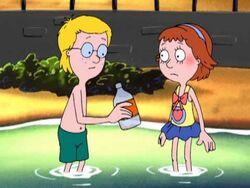 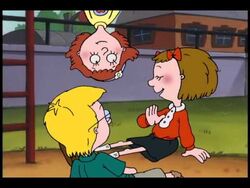 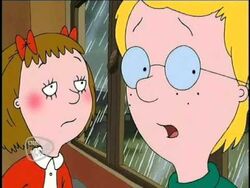 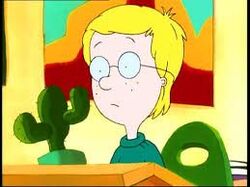 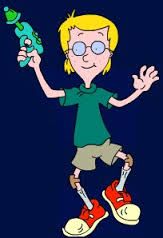 Add a photo to this gallery
Retrieved from "https://monathevampire.fandom.com/wiki/Zapman?oldid=9406"
Community content is available under CC-BY-SA unless otherwise noted.